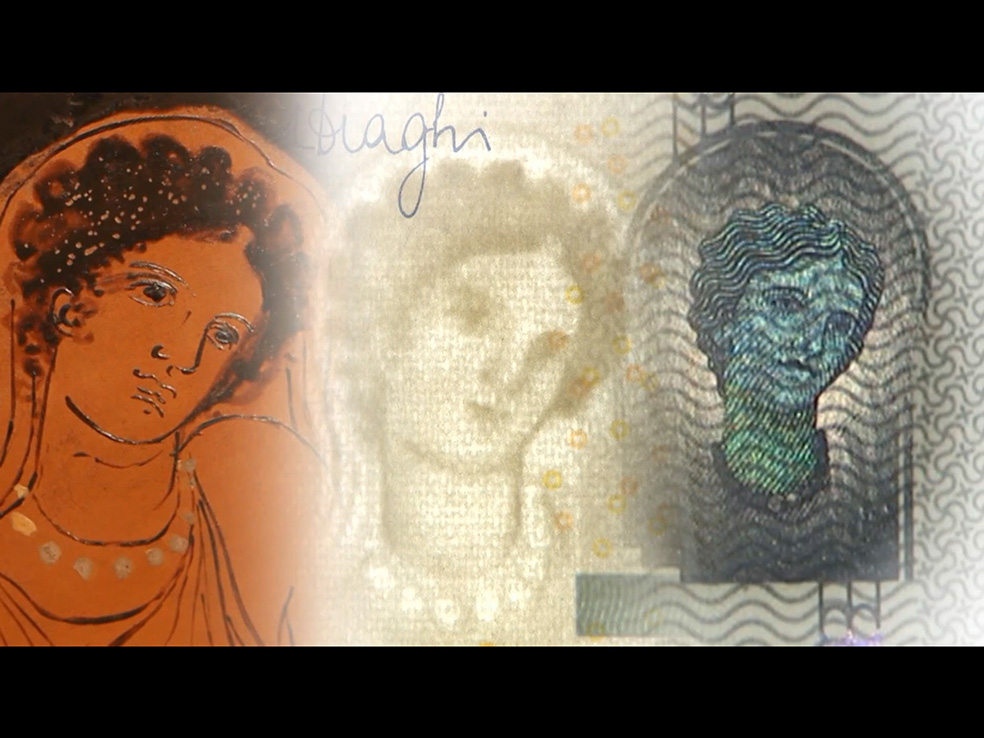 For The Myth, Özlem Günyol and Mustafa Kunt travelled to Avanos in Turkey this year to work with a local ceramist; Aydın Afacan and illustrator; Ersin Yazıcı who made for them a replica of an ancient, more than 2000-year-old vase found in the south of Italy and now housed in the Louvre in Paris. A scene painted on this ancient vase refers to the Greek creation myth of the European continent: it depicts the mythological figure Europa, together with the God Zeus in the guise of a bull. Precisely this portrayal of Europa is highly topical at the moment, being, as it is, “the new face of the Euro”. The European Central Bank presented the new series of Euro banknotes at the beginning of May this year, a series also known as the Europa series, as some of the new security features contain the portrait of Europa borrowed from the ancient vase. At a time when Europe and particularly Greece are struggling with the effects of one of the biggest economic crises since 1900, the countenance of Europa from Greek mythology is intertwined with money as a communication medium (after Niklas Luhmann’s theory of social systems). While the European Central bank “abducted” the face of Europa from the ancient vase, Günyol and Kunt devote their attention in The Myth to the other protagonist of the myth, the bull Zeus, father of the gods and ultimate representative of power in the ancient world. However, what we see here is not the ancient likeness of the bull, but rather the symbol of growing financial markets, the bull – the symbolic representation of power in our age.
The portrayal – a rearing bull which white ropes are trying to subdue – was borrowed by Günyol and Kunt from an Occupy movement poster designed by Alexandra Clotfelter, The Beginning Is Near. In addition, the vase is decorated with the Guy Fawkes mask familiar from the graphic novel V for Vendetta and the public face of the Anonymous movement. Where the mythological figure Europa has lately come to be inscribed in our money medium of daily use, in The Myth Günyol and Kunt inscribe the symbols of the major protest movements of our age into an ancient form of communication. The artist duo entwines sign systems of our media-informed experience with the ancient myth of Europa, continuing this tale, generating new contexts of meaning, and questioning the connected paths of historical narratives. In doing so, Günyol and Kunt pan out a complex historical field which prompts us to contemplate the genesis and contexts of current societal circumstances. 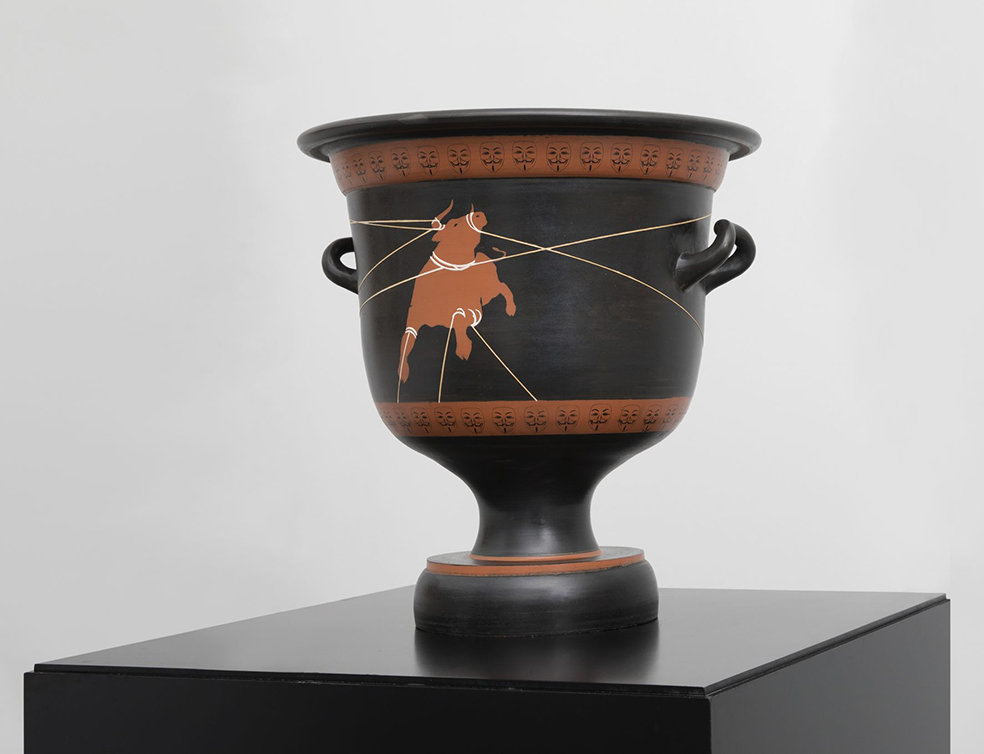 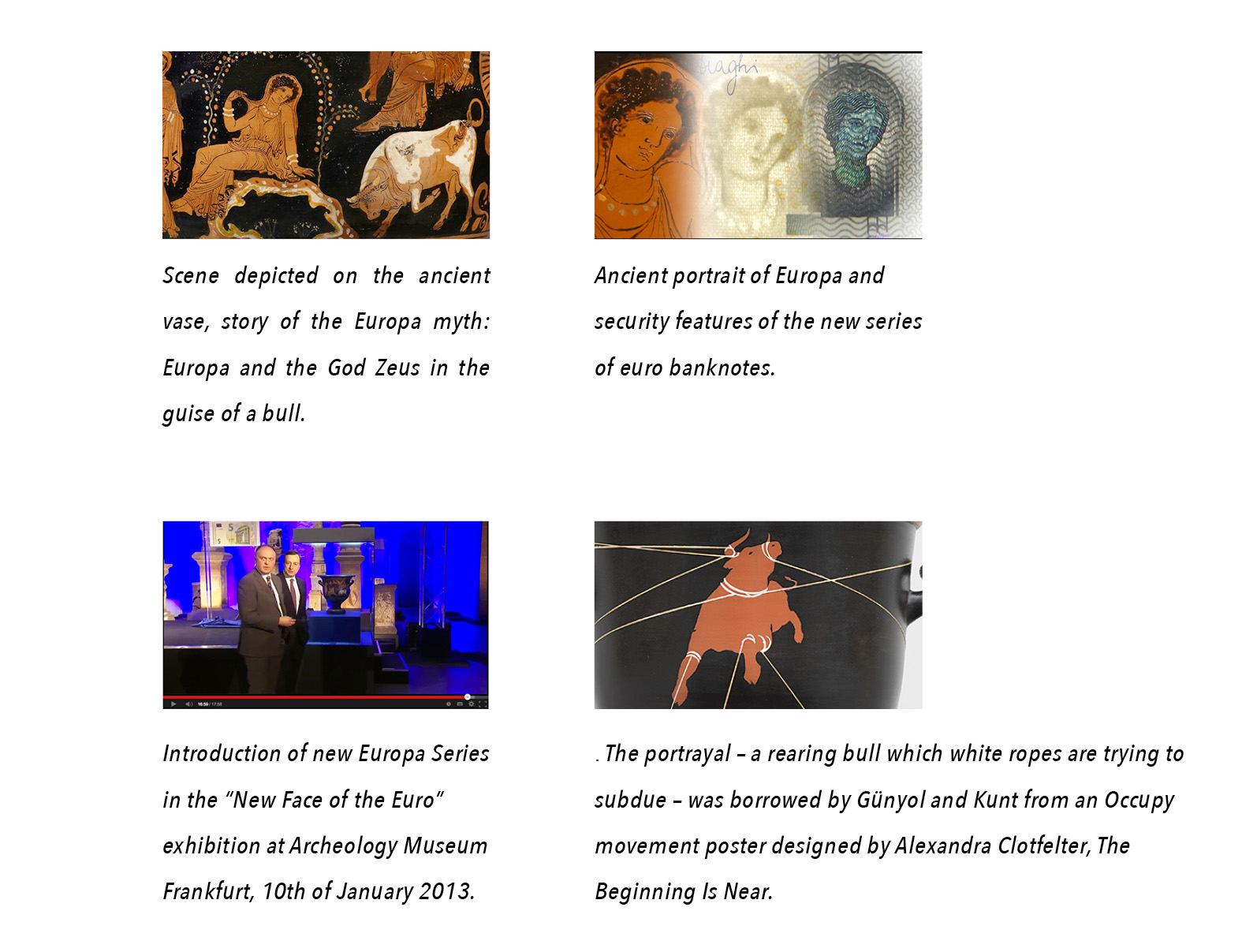 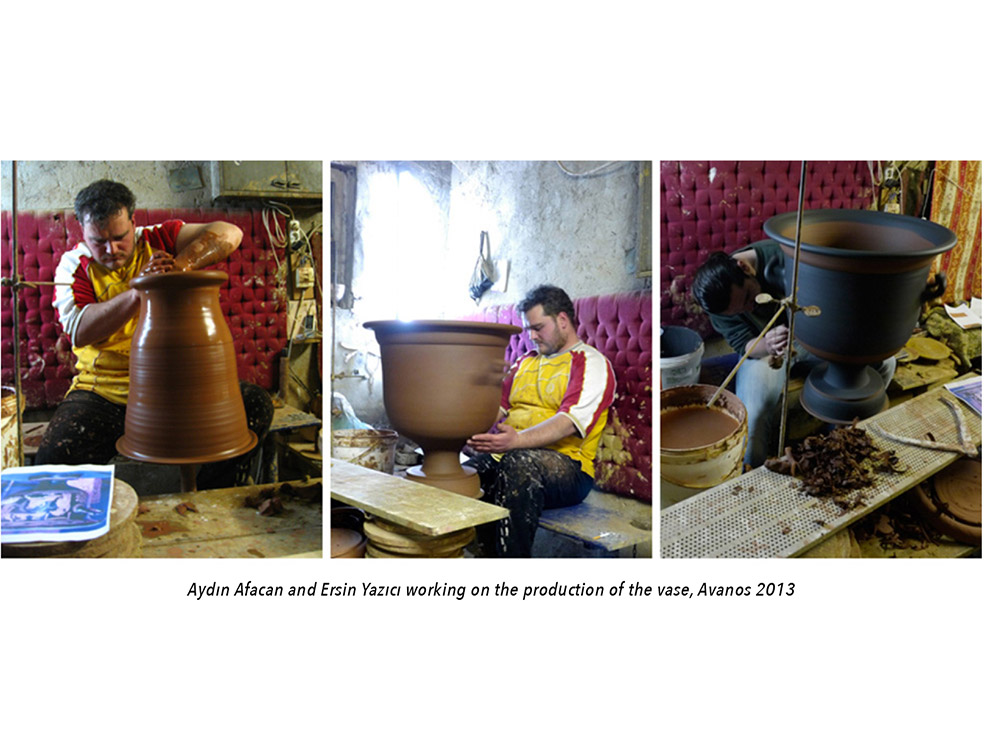 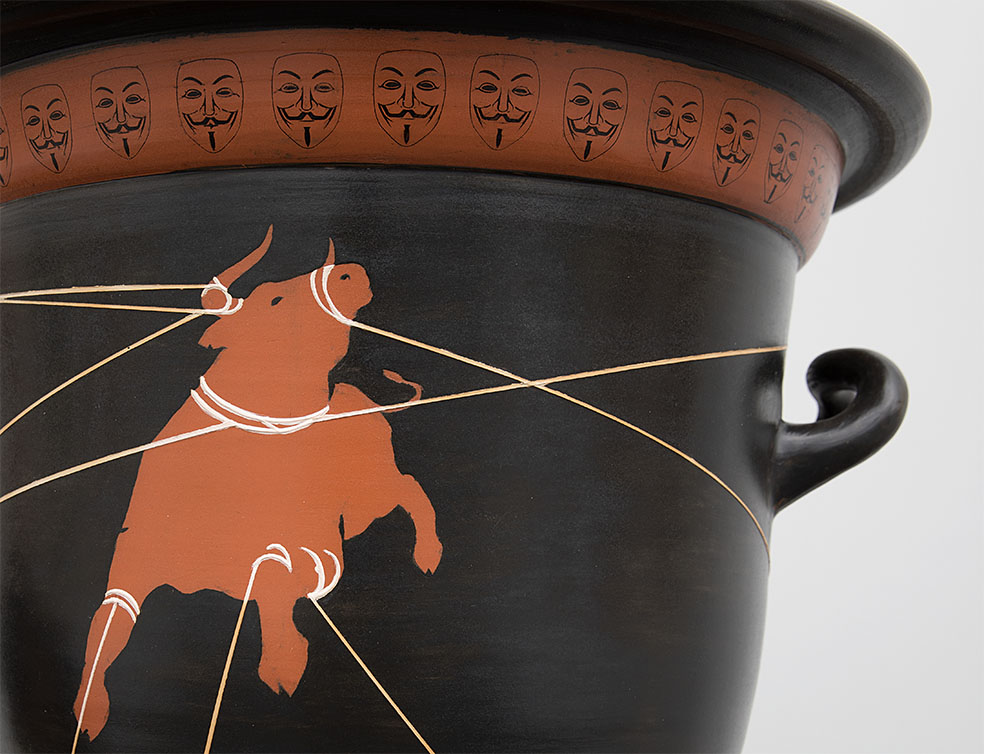