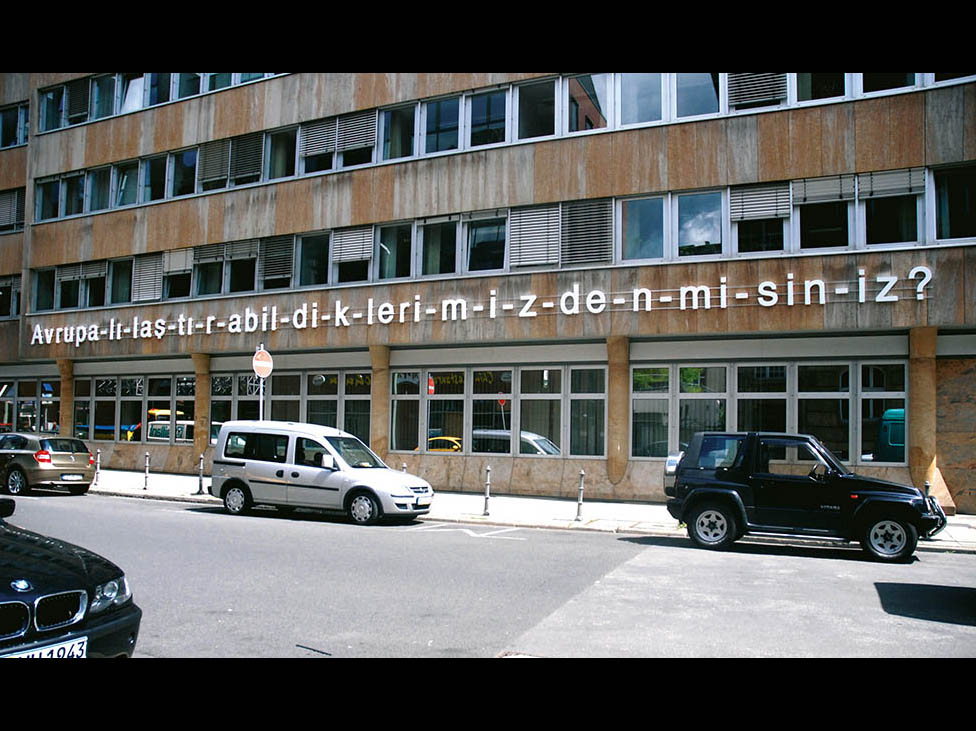 Avrupa-lı-laş-tı-r-abil-di-k-leri-m-iz-de-n-mi-sin-iz?
(Are you one of those who we were able to make become European)
A question of where do you stand. A game like construction. A word that does not seem meaningful at first sight. A question proposed in Turkish with its variety of historical connotations. Are you a European, did you at least become one? A question asked in Turkish to a passer-by in Frankfurt. Frankfurt: a city as hybrid and hygienic as it can be…
The language that is used in the installation, is proposing the question in its own sense. A language of possibilities to make long words as possible with annexes, suffixes and prefixes.The elementary school years where one gets to learn how to read and write. Learning to make up words with suffixes and deconstructing them into the smallest syllables. Adding as many syllables as possible to make up a meaningful complex word. The a priori input of learning a language, Learning the rituals, the acceptances, the wish-to-happens, the truths as the culture with its dynamics. Turkey, founded in the 20th century, a country with fresh breathes, with an urge to catch what is happening next. Where to go and what to follow. The Europe being the source of development: cultural and technological castle of the new, the better, and the best of all that happens.And the melancholy of the train that is missed and will never be caught. The feeling of sitting at the train station, looking after the missed, on its track… With the knowledge of not being able to catch up to modernization, which nevertheless has been declared a national need. What has become of Europe today is not what it has resembled in the 80’s or in neither the 70’s nor 60’s. Europe, the urge of having a political stance in the world, wanting to state something for the humankind, dealing with the economical constraints. Putting up standards of westernization. What is to be European today is to belong to something that avoids the other, the other in its all means. Avoidance as such, being dispersed in its every structure and statements of internationalization. The transformation of senses. Sense of belonging. Otherification. Normalisation. The result existing in its very first attitude. A question in Turkish, for a Turk to understand and carry the question. The Turks who have migrated as first or second or third generation, living and working in Germany. The cliché of being stuck with one’s own culture, the failure of integration and the success of implementation and adjustment. Are you, did you, could we make you a European, who is too arrogant to see what the other is dealing with, how the other is surviving? Europe, fortress which 1276 people have been killed on trying to get into, within a year. A castle with imaginary solid borders. Hard to get in and to get involved afterwards. Europe realizing the need to be hybrid and rejecting it in its own means. The Turks who have migrated and the Turks who never left their home country. How did the process of Europeanification succeed? Is it to leave the humanity behind for the sake of good life with functioning traffic and facilities or is it the means of accepting to be constructed as closed and narrowed as far as you could be to protect the values that have been attained as being European.. The resemblances are questioned, especially in this work by Özlem Günyol and Mustafa Kunt. Is it not sad to be European or to be turned into one without your own initiative and your own active enrolment? Fatos Ustek 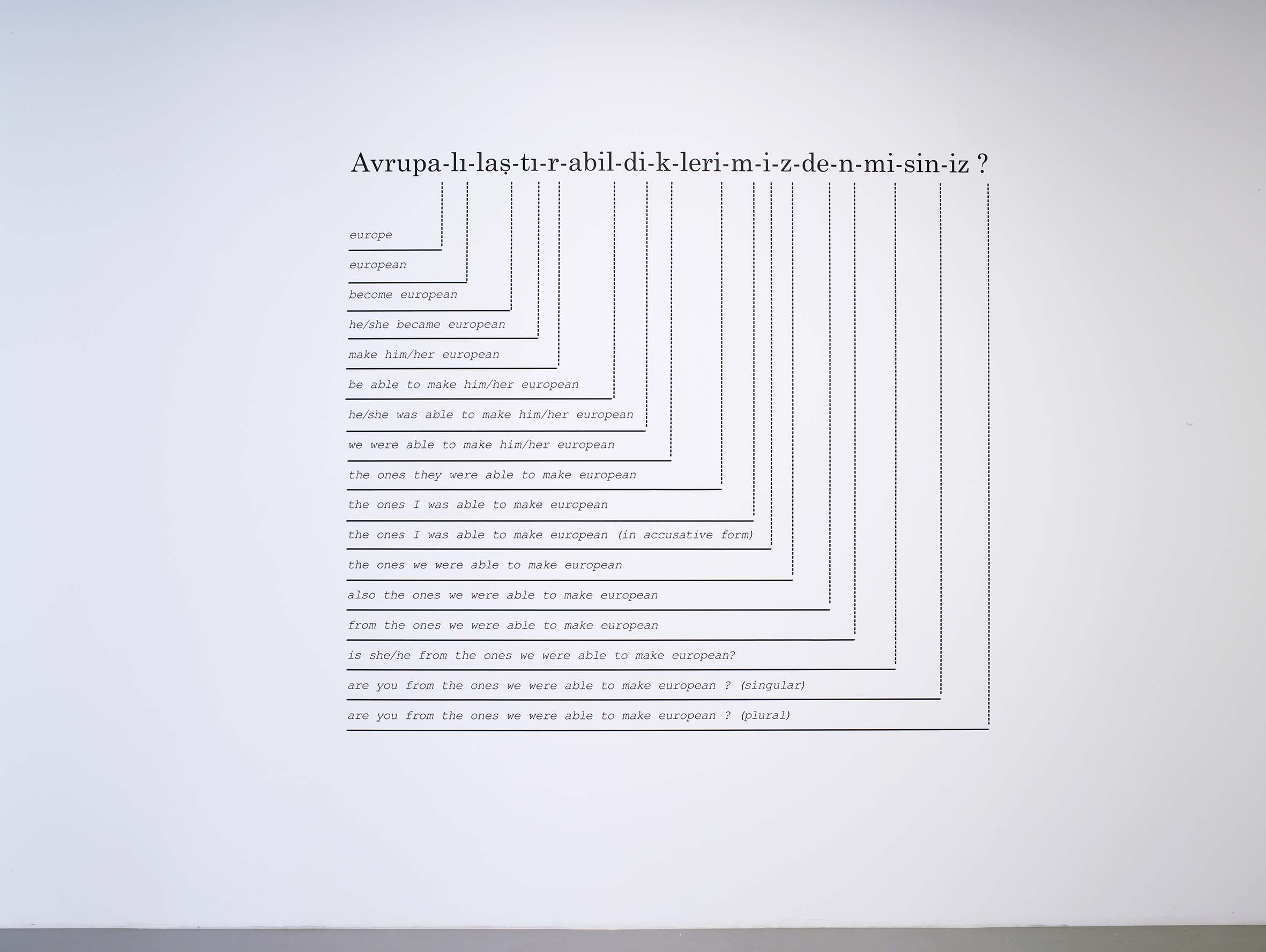 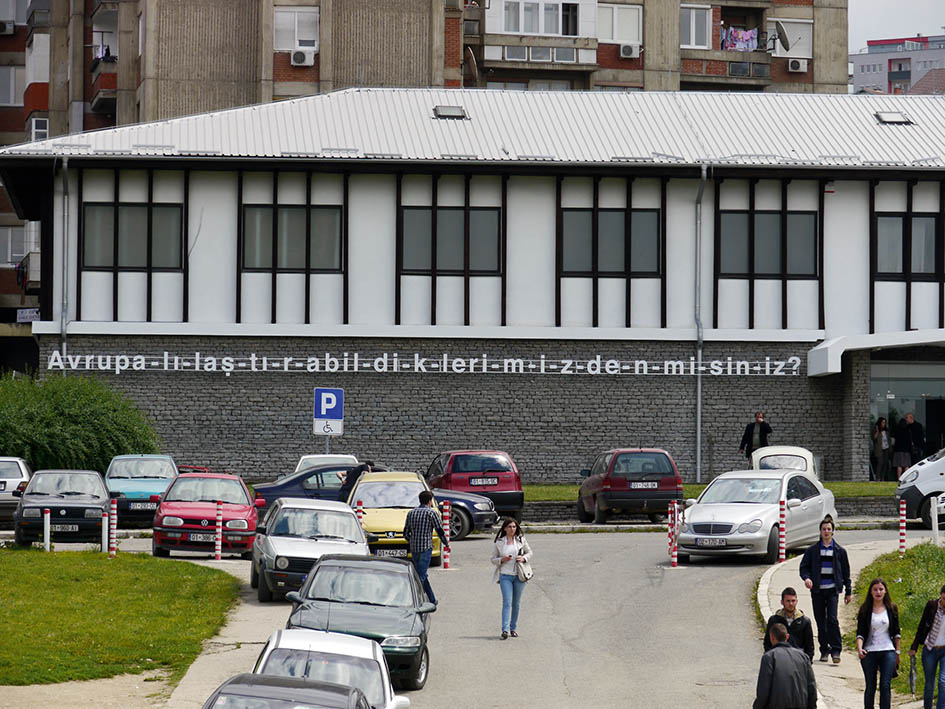 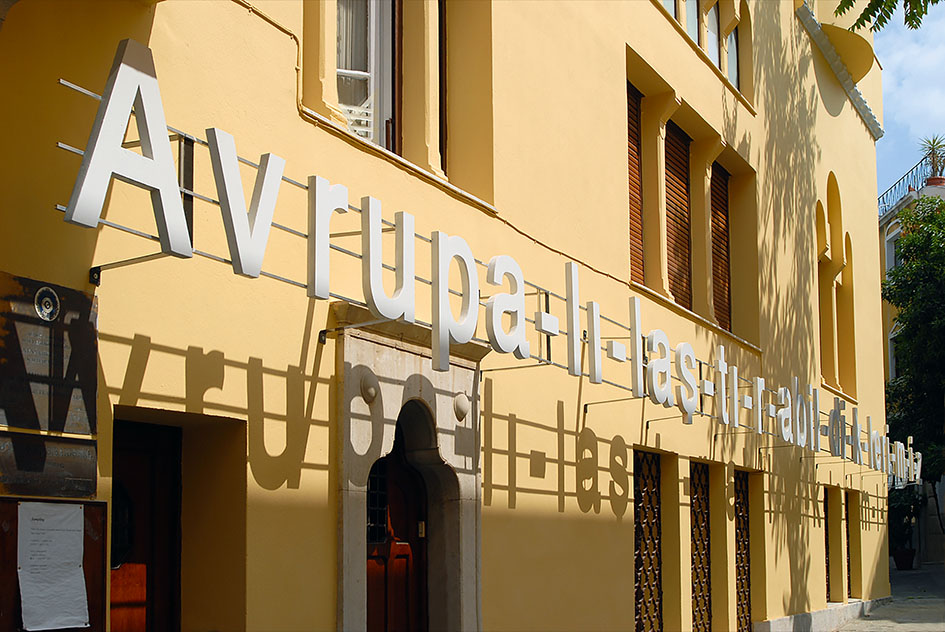