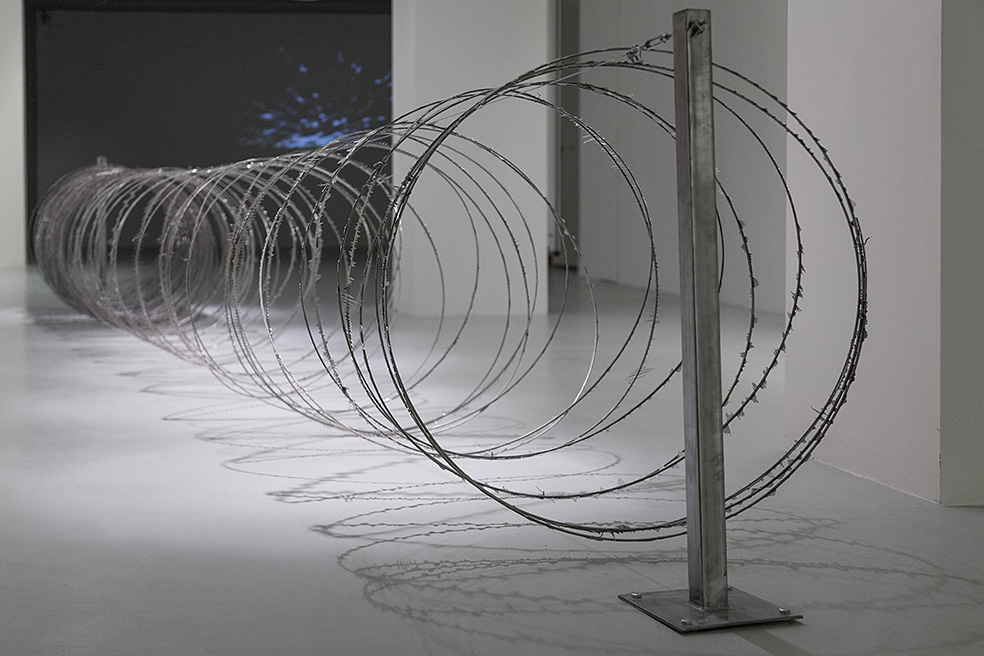 Self-Defence (2015) […] visualizes the collective sound of protestors during the Gezi Park resistance. In this piece, the artists magnify a thirteen second sound file recorded during the protests and turn it into a 330 metre razor wire. The sound waves gain physical forms as steel plates and are fixed on a spring wire as if they are protrusions on a razor wire. The fact that the audio recording is a file found on the internet highlights the anonymity of the spread of Gezi protests. On the other hand, the razor wire was produced in one piece, presenting all sound waves, each unique in shape, as part of a whole, reminding of the Gezi experience as a collective existence within a plurality of differences. […] The installation of the work […] aims to reflect a sense of solidarity, the idea of a crowd that incorporates differences while also creating a solid ground for itself. 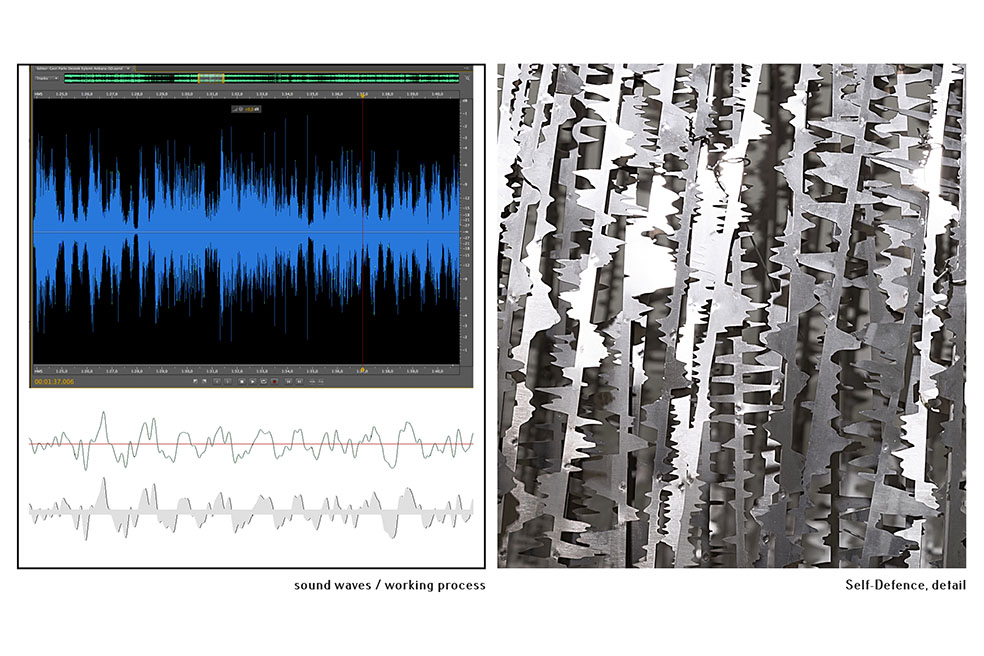 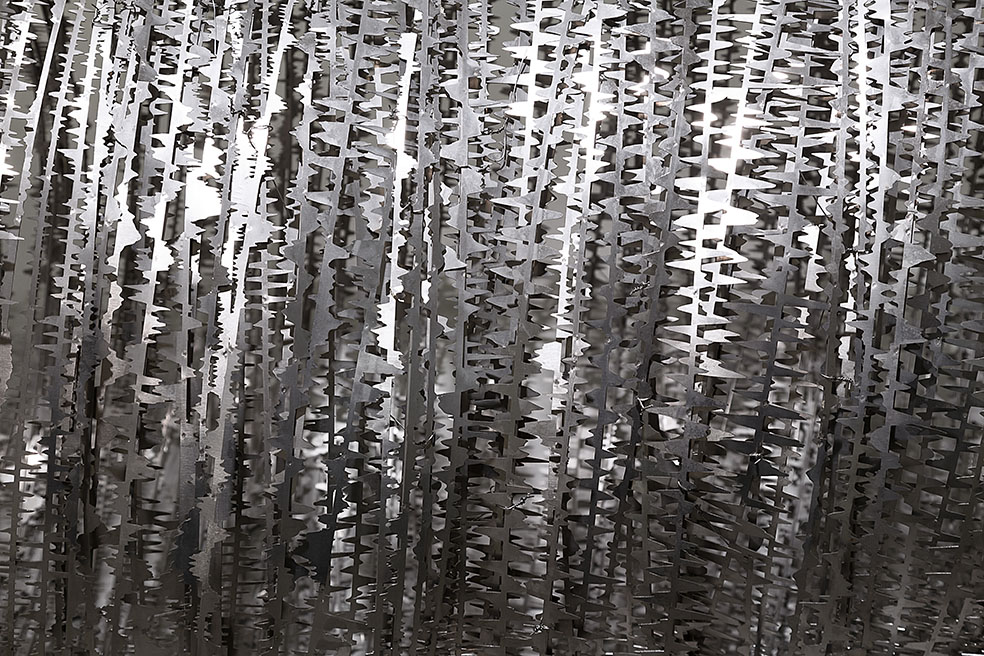 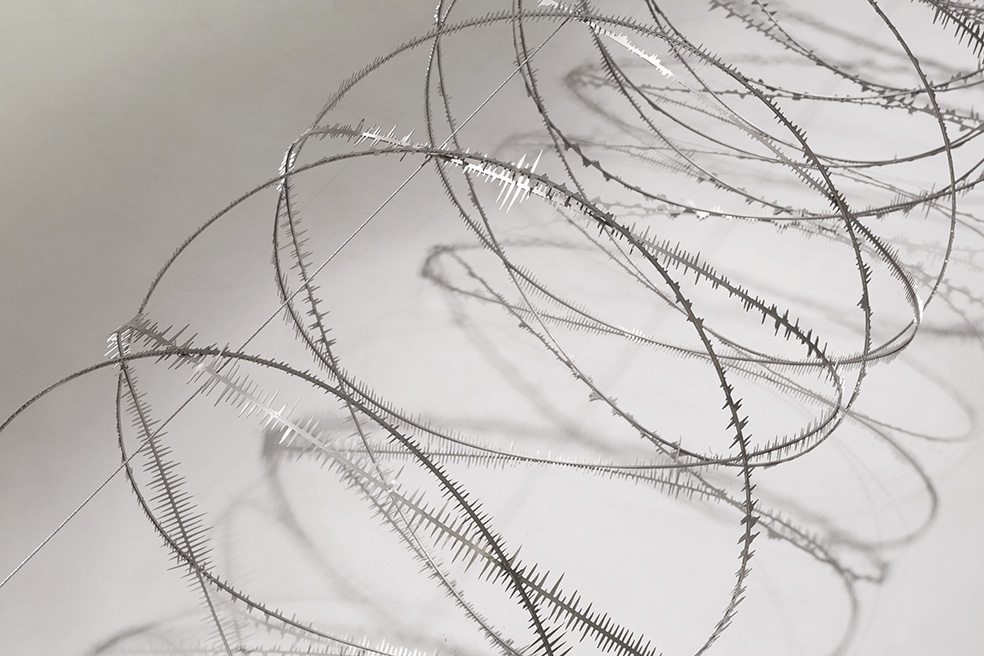