The facade of the Atatürk Cultural Center building in Taksim Square of Istanbul was covered with posters during the Gezi Park protests in 2013. The variety of the posters was a reflection of the collective existence of differences. In this work, sound waves of a recording taken during the Gezi Park protests and the image of the facade covered with posters are superimposed on one another. The dimensions of the work are proportional to the facade of the AKM building. 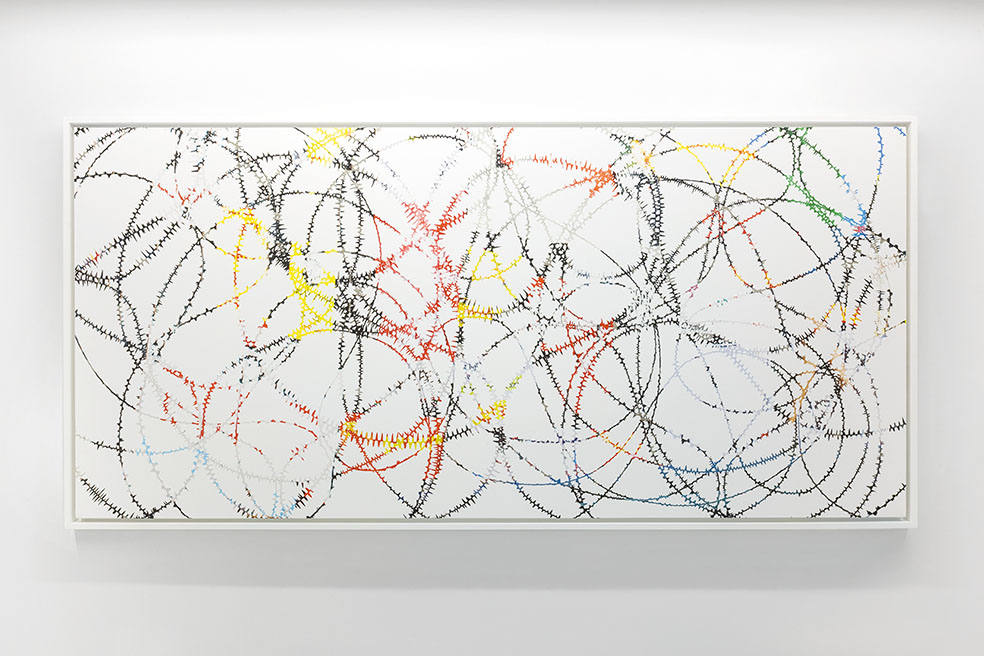