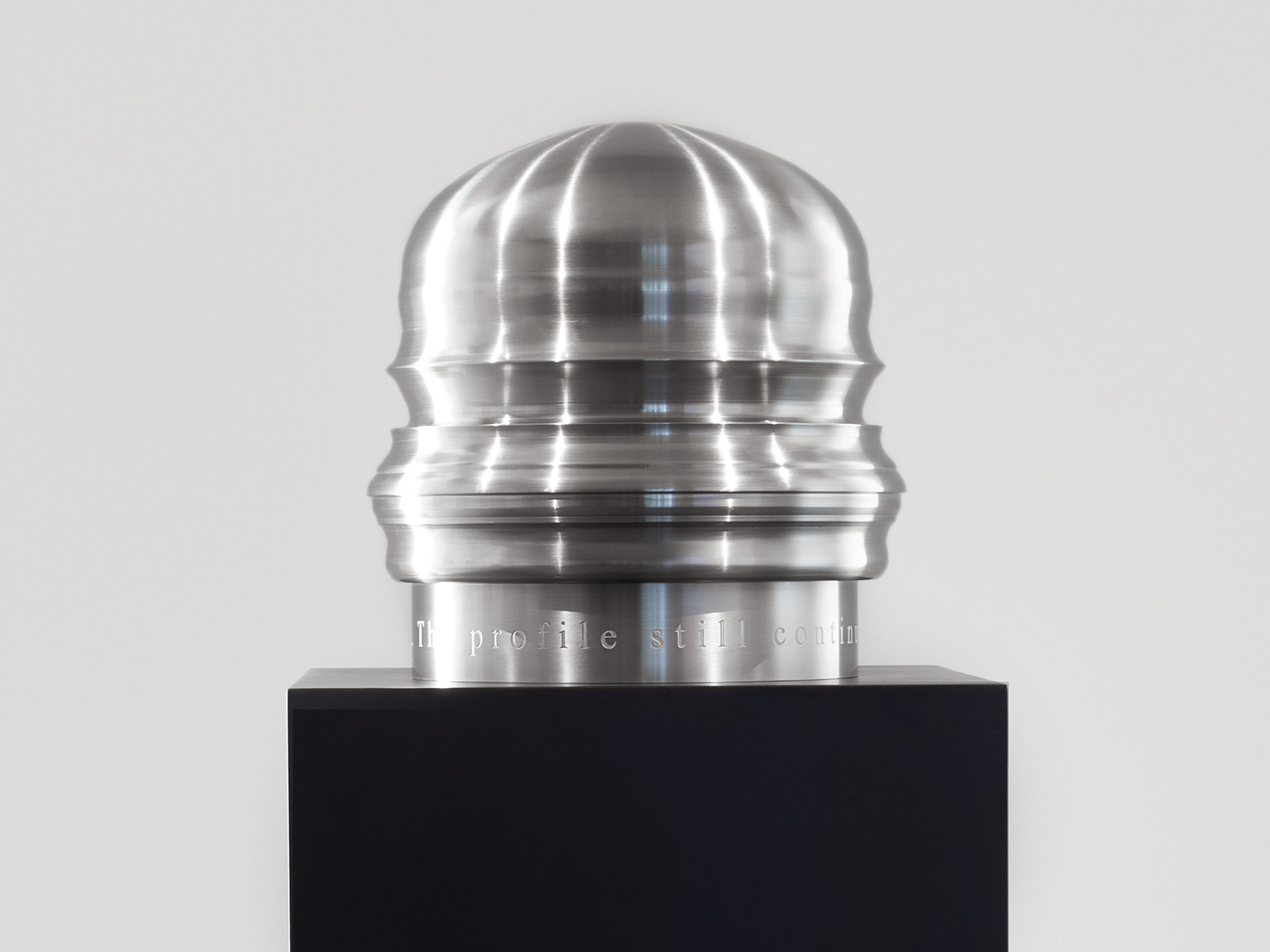 Mr. Bertelli, you are right. The profile still continues., 2019

Bust of Mussolini produced by Bertelli in 1933 was constructed by circumvolving the dictator’s profile 360° thus describing him as a godly eye that can look and see in all directions, and control everything around him. The bust trying to control everything around by continuously turning his head (in fact, the work is produced on a turning lathe) becomes mechanized and insensitized, completely devoid of human feelings and expressions. The head gets insensitized as it accelerates, it accelerates as it gets insensitized, gets mechanized detaching itself from humans and all vulnerabilities pertaining to them. The sculpture depicts the dictator so well that Mussolini declared it as his official bust.

Mr Bertelli, you are right. The profile still continues. is a reconsideration of Bertelli’s sculpture after eighty-five years. In this work, the understanding represented by the living profile of Mussolini depicted with Bertelli’s Continous Profile gives way to an anonymous skull continuously turning and harming around. 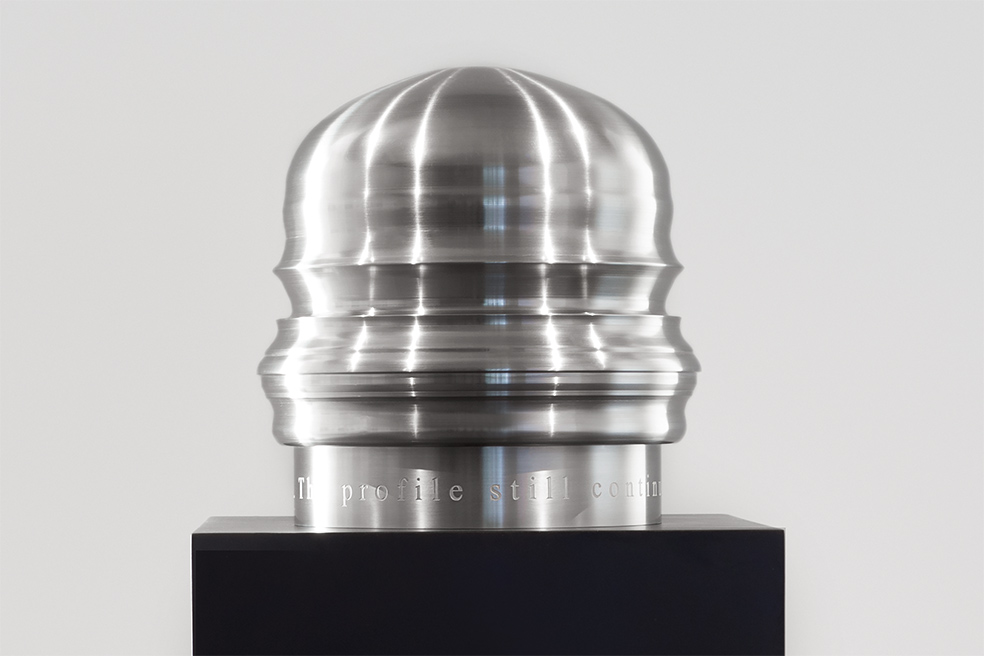 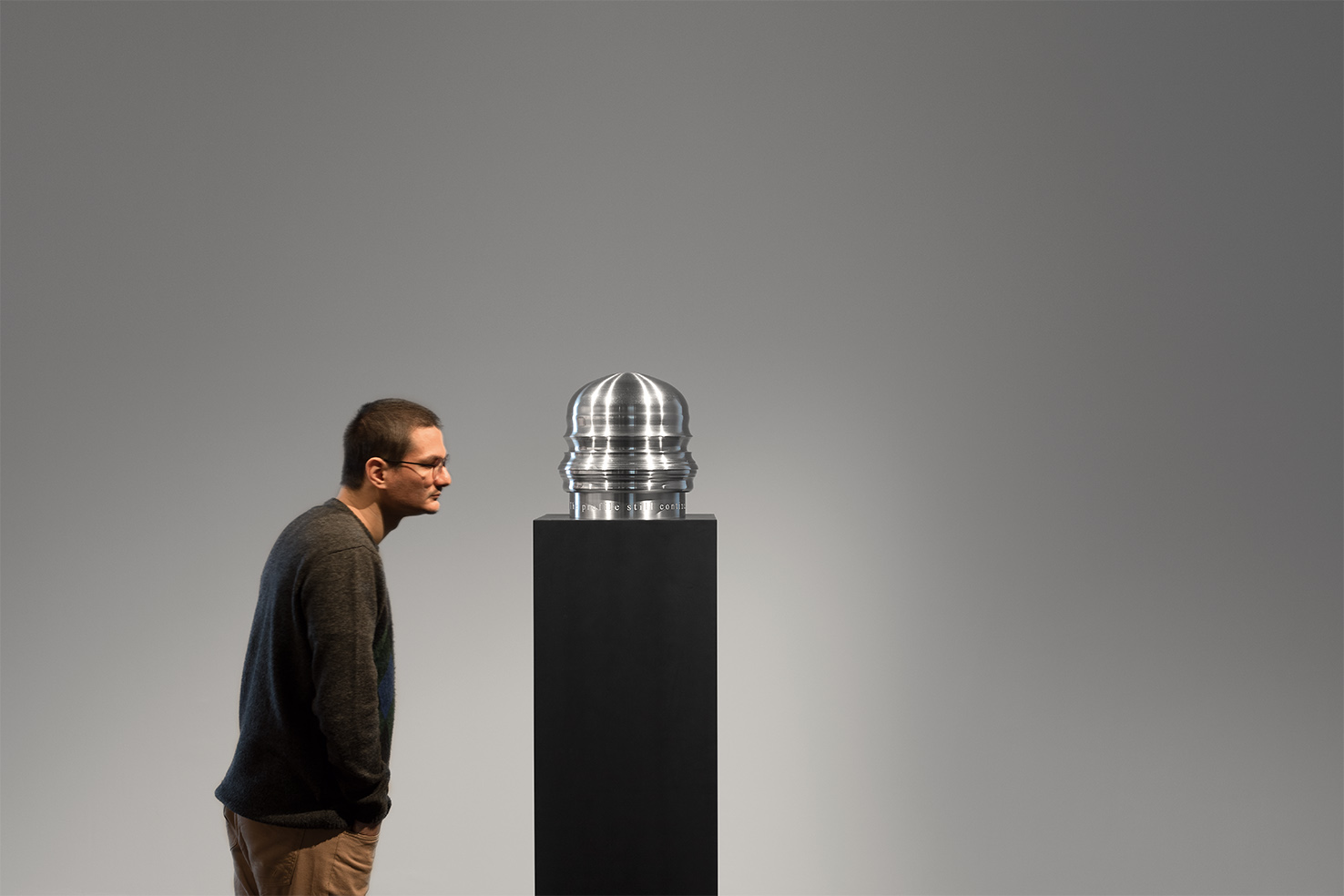 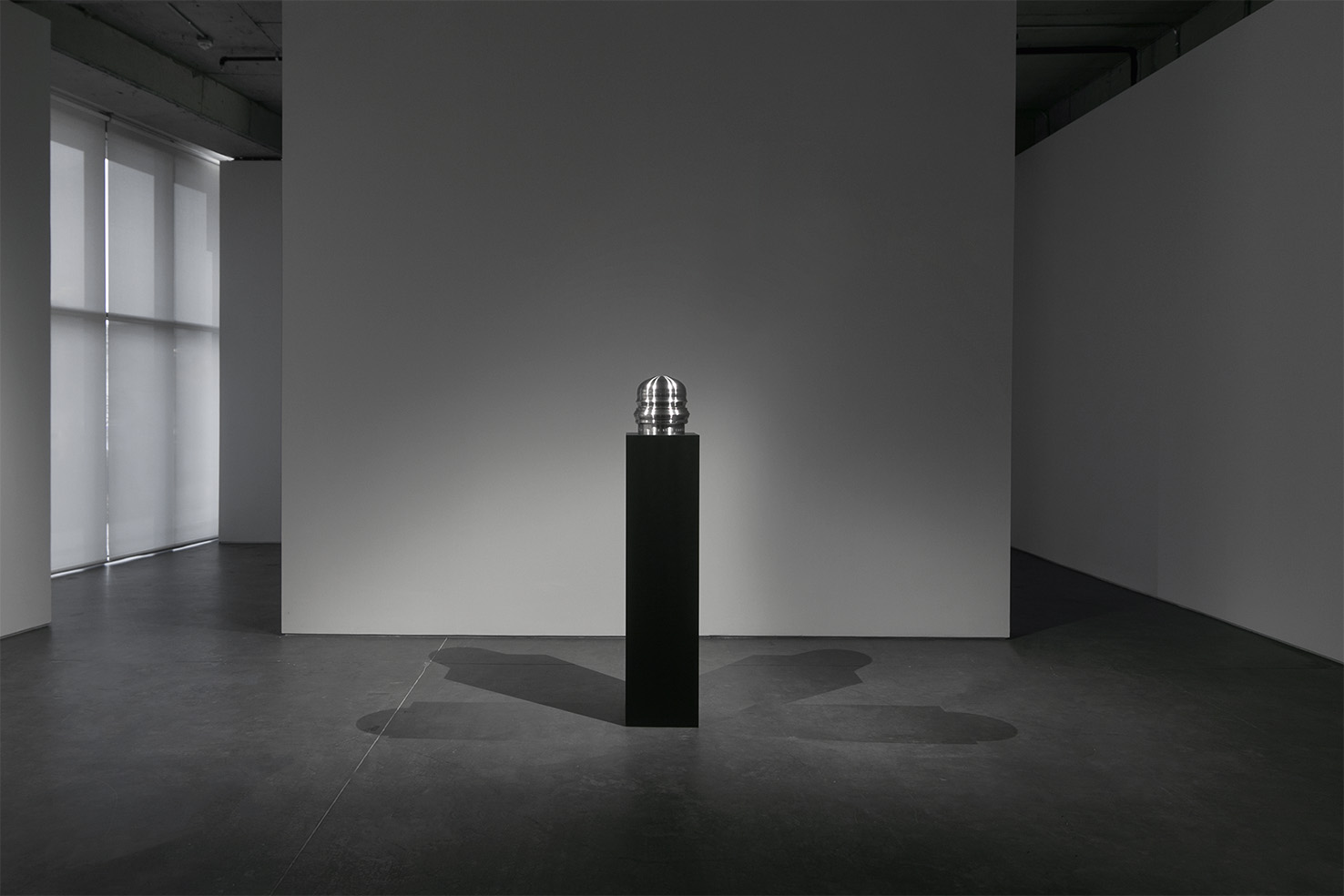 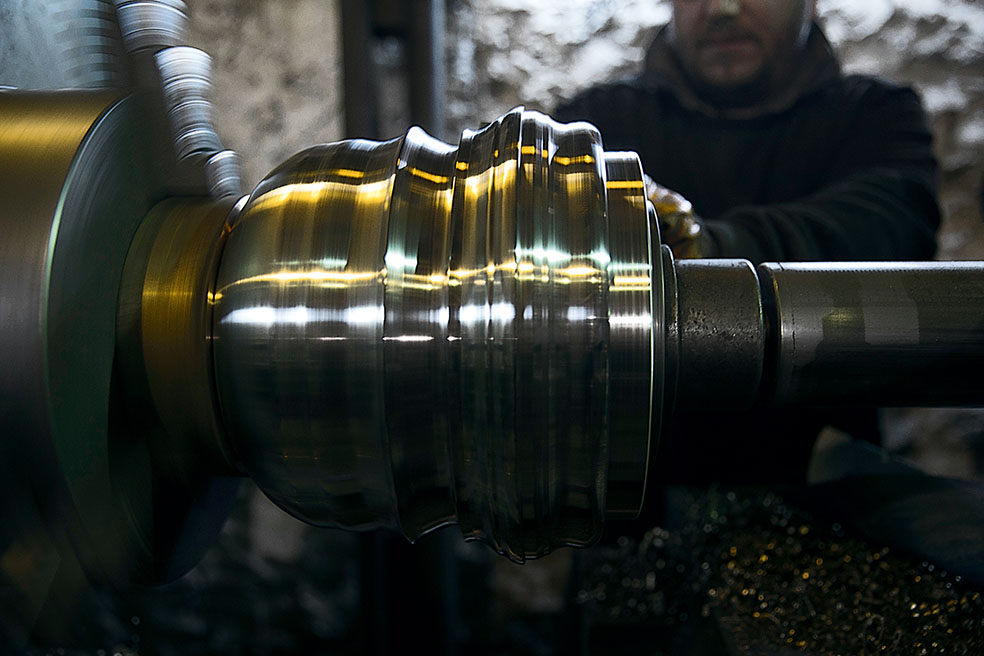 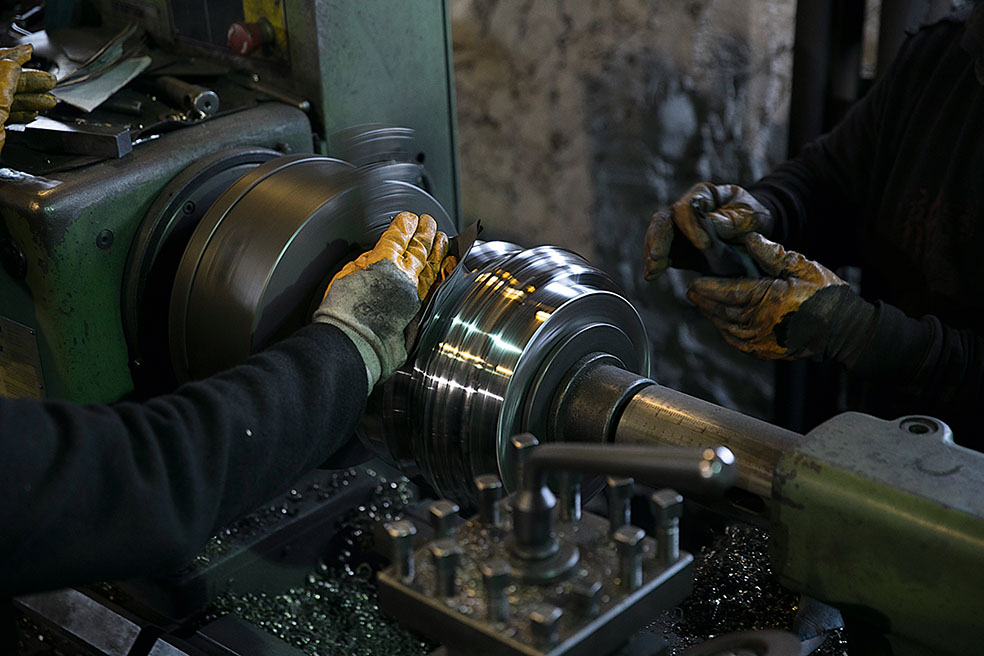 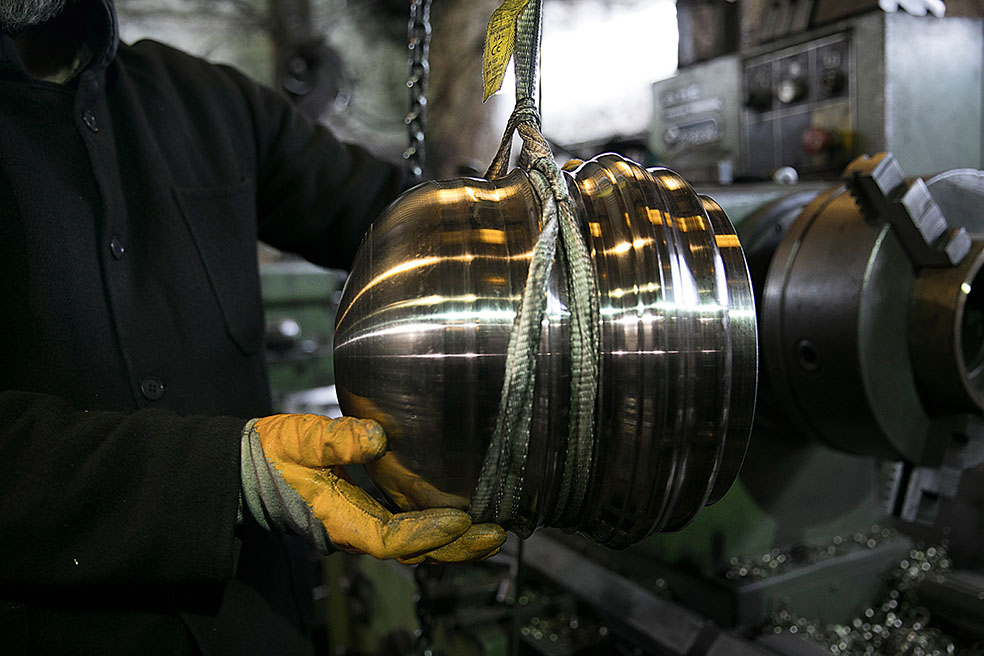 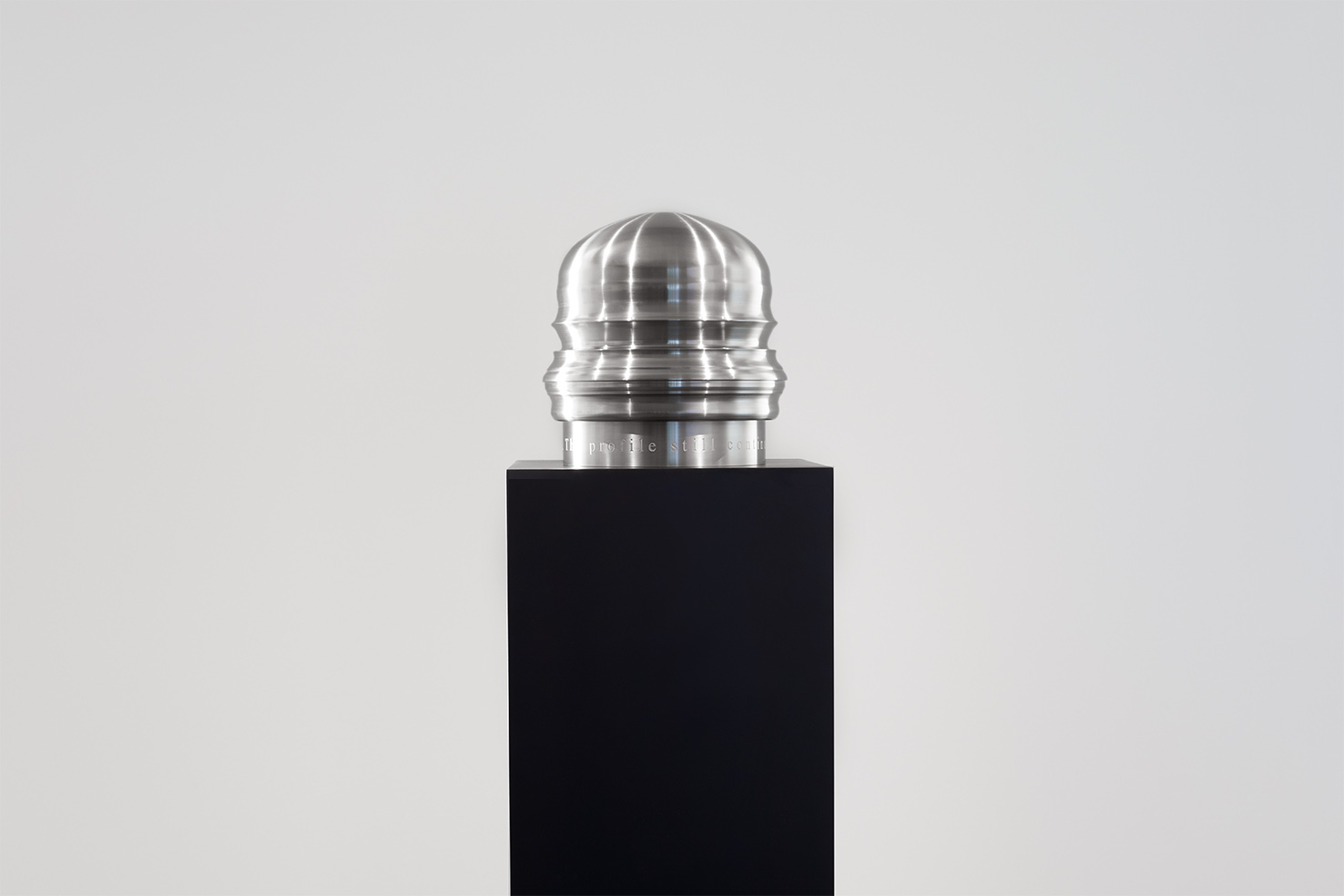