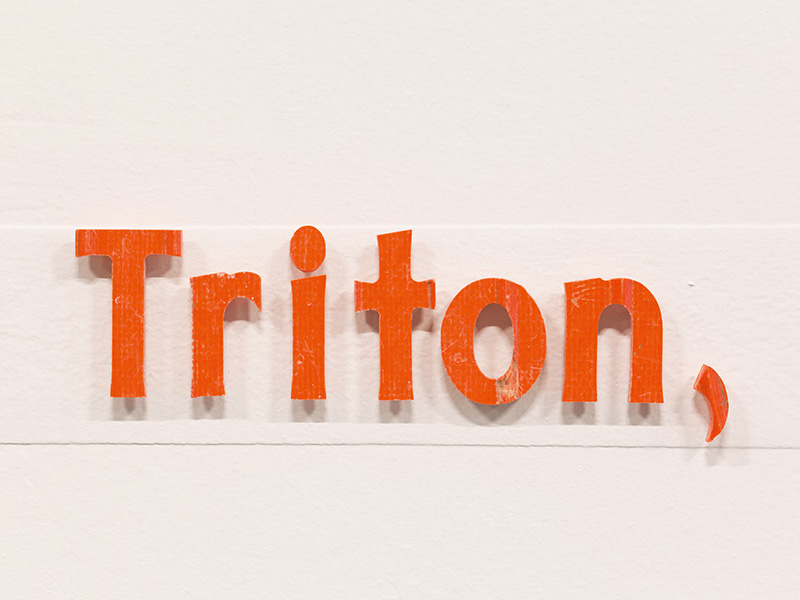 Triton is a mythological Greek god, the messenger of the sea. His special attribute was a twisted conch shell, which he blew like a trumpet to calm or raise the waves. Triton is also a border security operation conducted by Frontex, the European Union’s border security agency. It was undertaken after Italy ended the search and rescue operation; Mare Nostrum. The project TRITON rewrites a part of Ovid’s Metamorphoses with the pieces belonging to a refugee boat, which the artists’ found on the shore of Dikili in 2016.

The billows rise, while the Union lifts the mace
On Our Sea, and furrows its smooth face.
Already Triton, at his call, appears
Above the waves; a tyrant robe he wears.
The sovereign bids him protectionist sounds inspire,
And give the waves the signal to rise higher.
Triton (2018) Özlem Günyol & Mustafa Kunt

The billows fall, while Neptune lays his mace
On the rough sea, and smooths its furrow’d face.
Already Triton, at his call, appears
Above the waves; a Tyrian robe he wears;
And in his hand a crooked trumpet bears.
The soveraign bids him peaceful sounds inspire,
And give the waves the signal to retire.
Ovid, Metamorphoses, Book I, Trans. Samual Garth 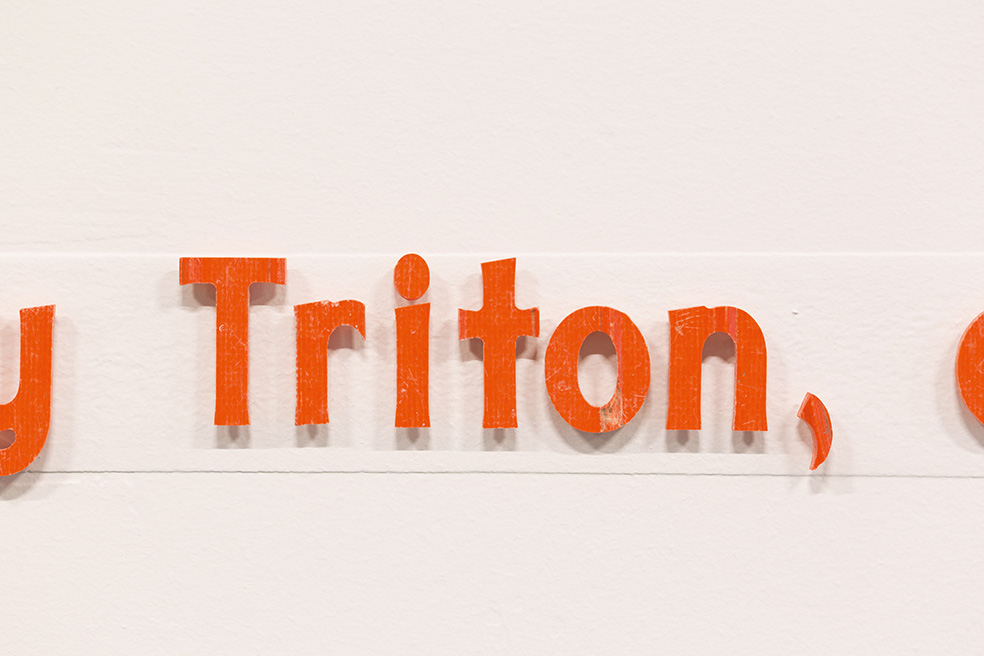 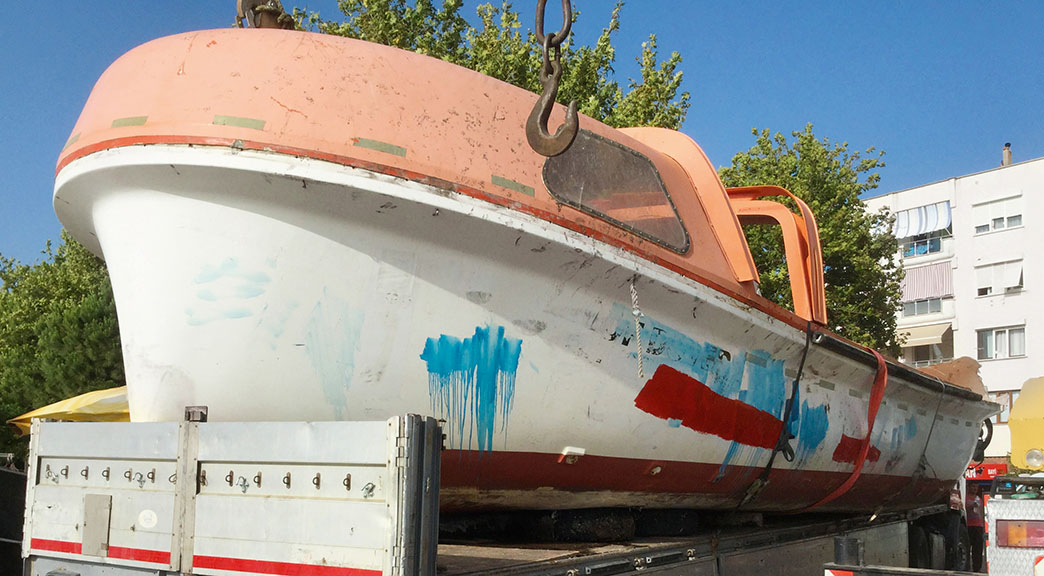 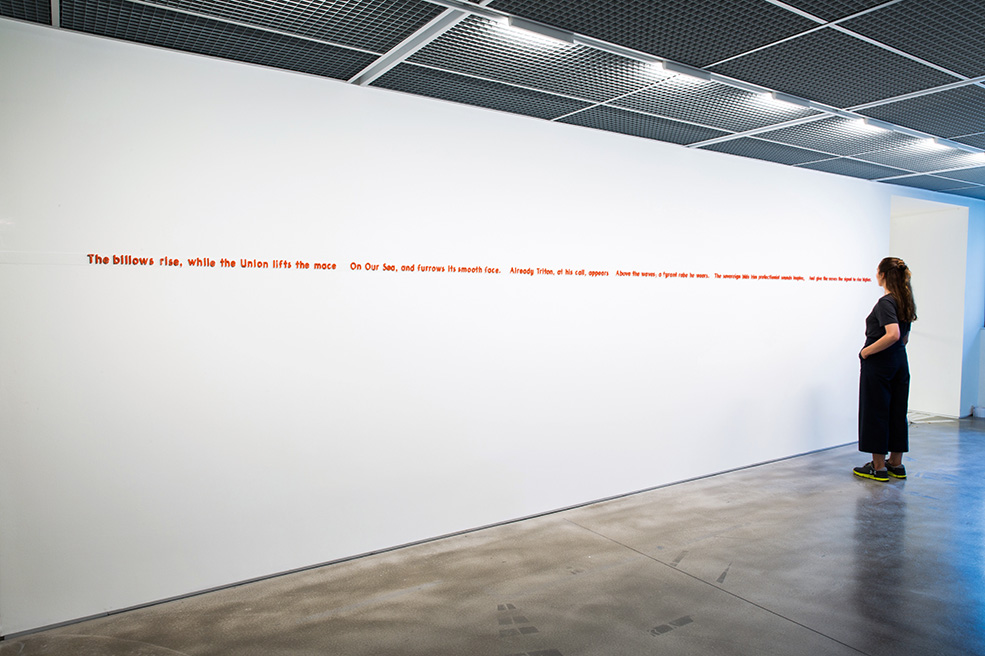 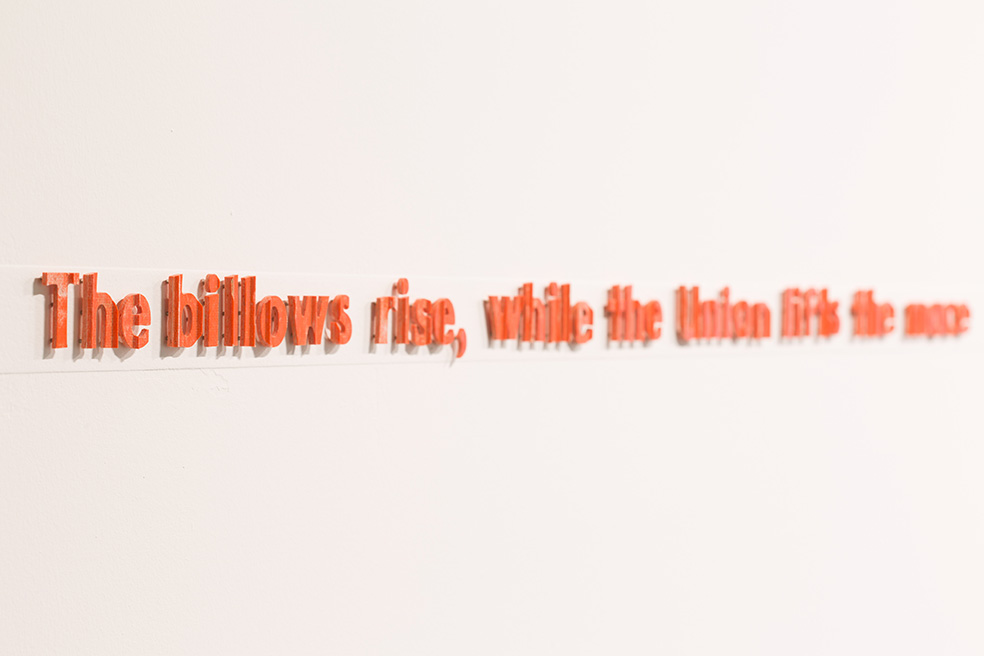