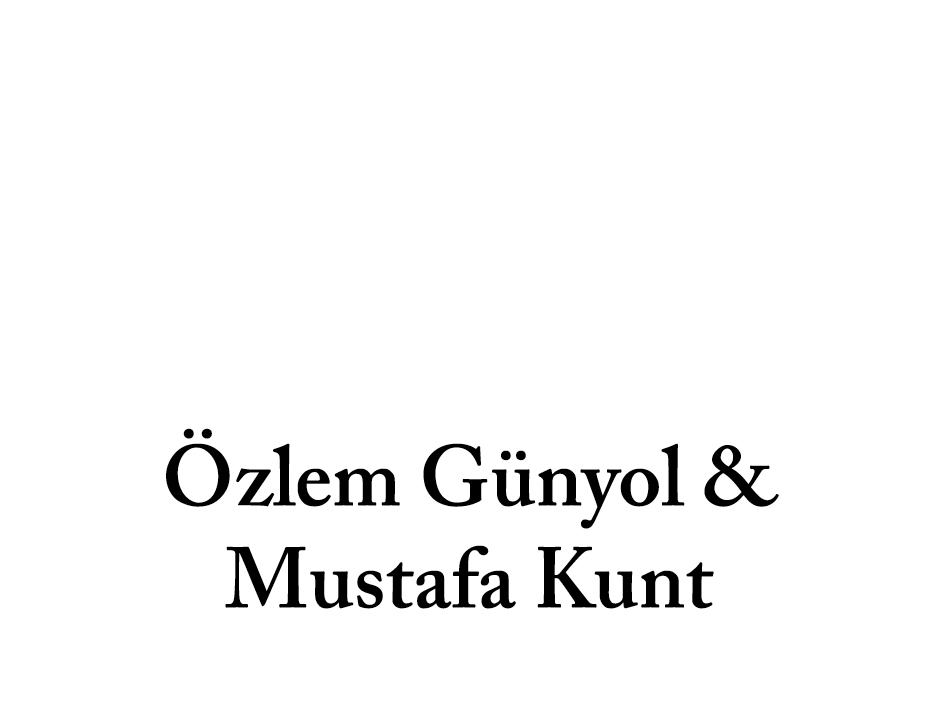 In an era of globalization, borders become contested: geographical frontiers, legal limits, human rights. Özlem Günyol and Mustafa Kunt’s ambitious exhibition at the Dortmunder Kunstverein traced our interactions with these boundaries. How do borders shape our lives, and how can we, in turn, re-shape them?
The duo’s approach was kaleidoscopic, using a variety of lenses to engage with a wide range of issues: the monetary perimeter of the Euro which divides the European Union from the artists’ native Turkey; the legal limits inscribed in passports; geographic confines as seen in atlases or on maps; the physical boundary of barbed wire; and the symbolic demarcation of the flagpole. In the sculpture Untitled (2014), for instance, Günyol and Kunt pressed the various metals from which Euros are coined into thin, cubed tiles and laid them atop each other to construct a rigid coloured cube. In contact yet apart, the artists repeated this tactic using paint in Scheinbogen (2014), where the artists used the colours of Euro banknotes to create the illusion of a rainbow on canvas. In BTO-28, CBT-65, BTO-22 (2013), meanwhile, diffe¬rent types of barbed wire were translated into musical scores on the basis of the shapes of the spikes and the impressive wall dra¬-wing Ceaseless Doodle (2009) traced various geographical borders, turning their rigid ideological lines into a chaotic clot of overlapping and intersecting ones.
There was a single thread running through each of the works, however: borders are always both material and symbolic. The patterns printed in our passports to differentiate, say, a German from a Turkish one, the shapes of the points on barbed wire, the colours of money: each is an arbitrary symbolic language used to designate a socially constructed threshold. What Günyol and Kunt have achieved here, mostly successfully, is to both deconstruct the artificiality of these languages while at the same time constructing alternatives in their place. In Untitled and Scheinbogen – which in German means rainbow or mirage – this reconstruction appears above all visual, whilst the clot of borders drawn over and on top of each other in Ceaseless Doodle creates the illusion of a fictional universe: a cosmos in its own right full of mysterious rules and natural laws that make no sense to us.
The highlight of the exhibition was the sculpture and video Hemzemin (2014) – Turkish for ‘common ground.’ Here the artists melted a flagpole into a flat metal plate, which was embedded into the pavement just outside the gallery. If a flagpole helps demonstrates a nation’s might; by melting down the pole and inserting it into the street, the artists propose a more humble, democratic notion – the result is neither beautiful nor conspicuous.
The question raised here concerned the malleability of borders. To what extent can migrant workers and refugees, for instance, manipulate the borders that exert such influence upon them? Judging from Hemzemin, there is a limit: ‘democracy’ here has been achieved not simply by incorporating but by negating its predecessor, with the plate resembling a gravestone. Oscillating between hope and despair, this chilling message was a worthy end to a thoughtful show.

Timotheus Vermeulen is Assistant Professor in Cultural Theory at Radboud University Nijmegen, where he also heads the Centre for New Aesthetics. He is co-founding editor of the academic arts and culture webzine Notes on Metamodernism. He is currently completing two books on metamodernism.