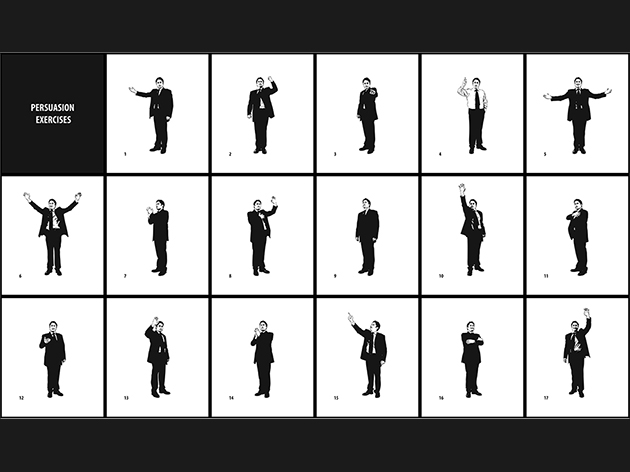 Propaganda posters are used to convince masses; they convince people to take a side. They are an explicit attempt to influence beliefs, attitudes and/or behaviors by using different strategies. The work reflects the usage of body postures as the propaganda posters of political parties. For the work, an actor rehearsed the postures of the politicians from the posters of the 2011 election campaign in Turkey. At the end of these rehearsals, the actor was photographed when he acted out the final pose. Afterwards, these photographs were transformed into black and white graphics, enumerated like some gym exercises and displayed on a billboard in the city center of Ankara during the election period in 2011. 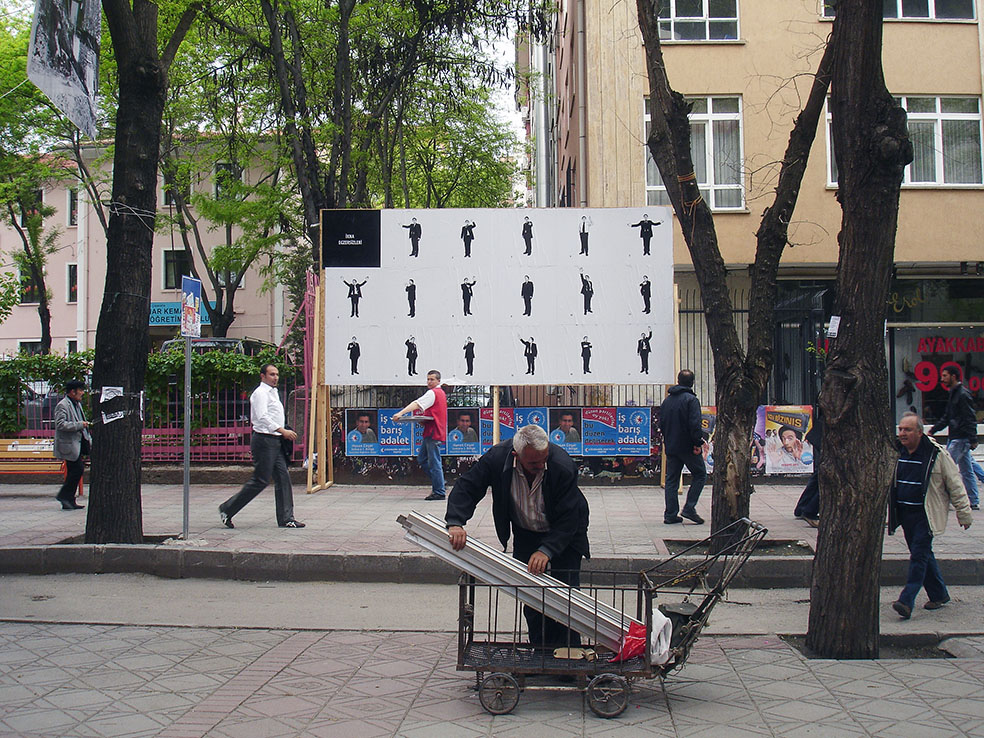 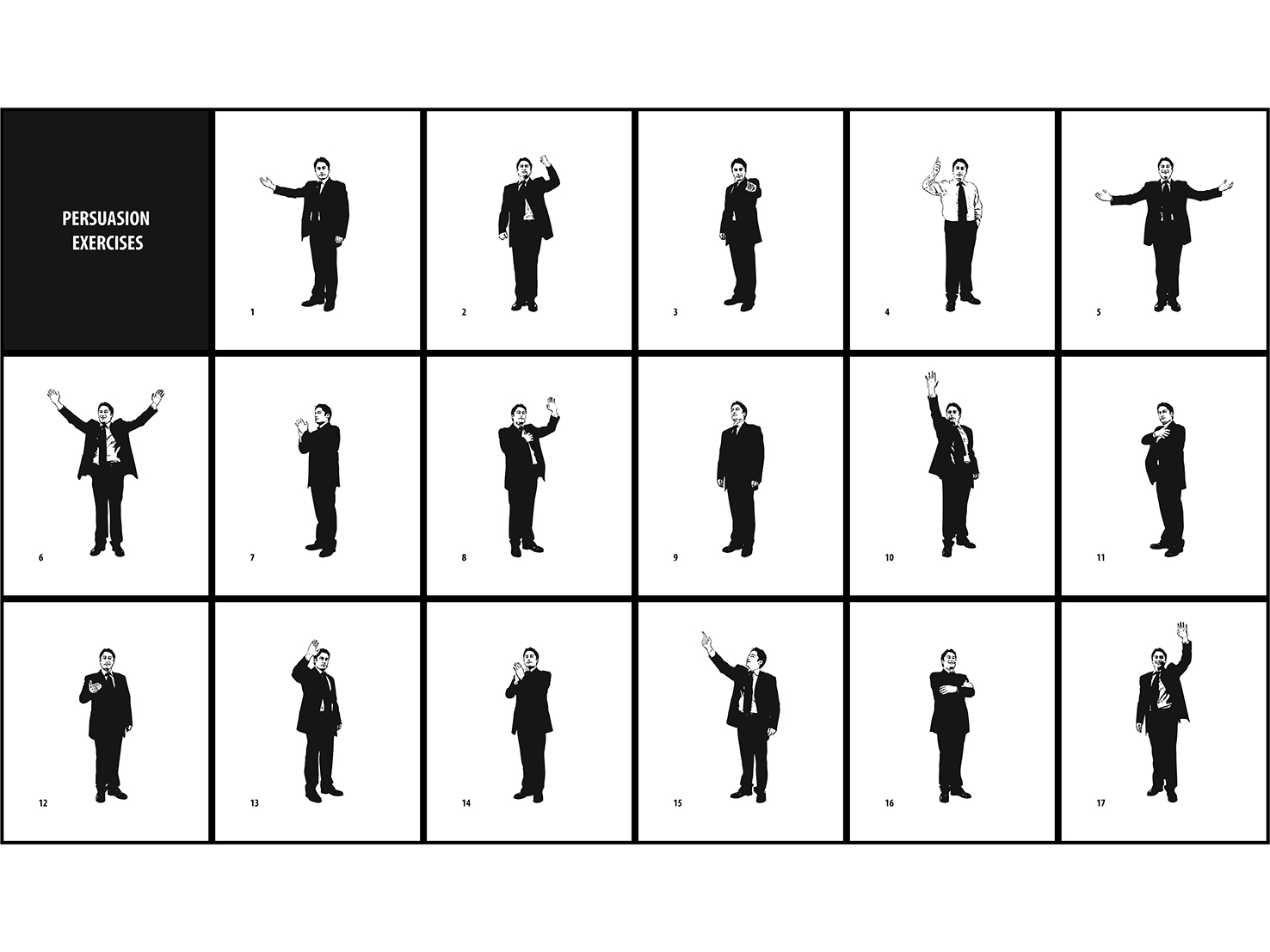 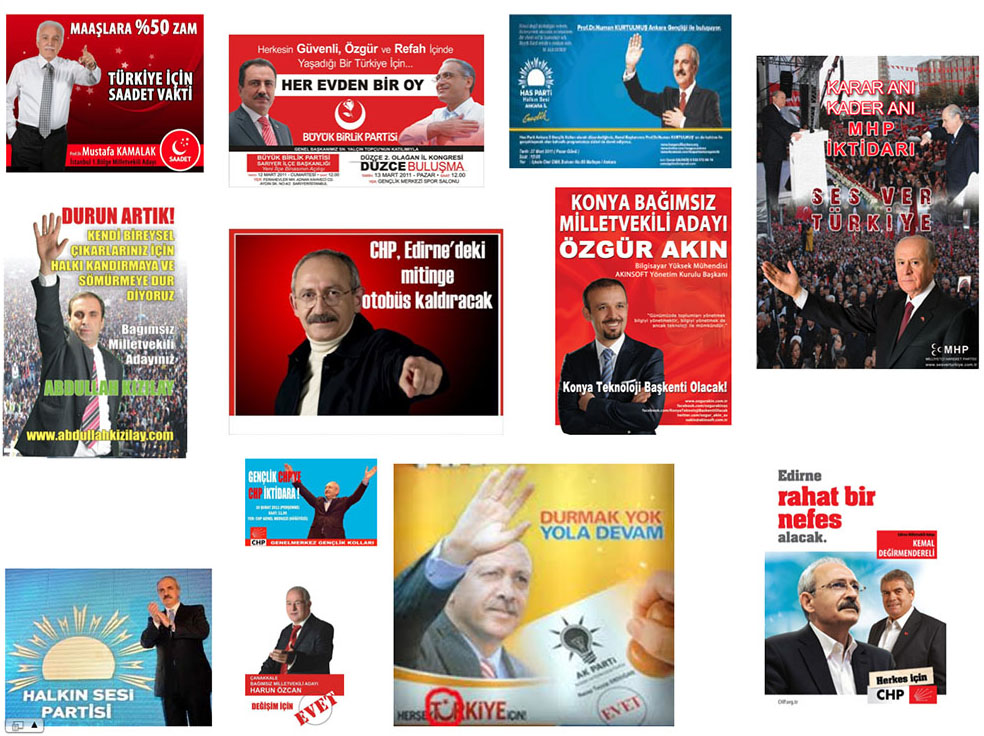 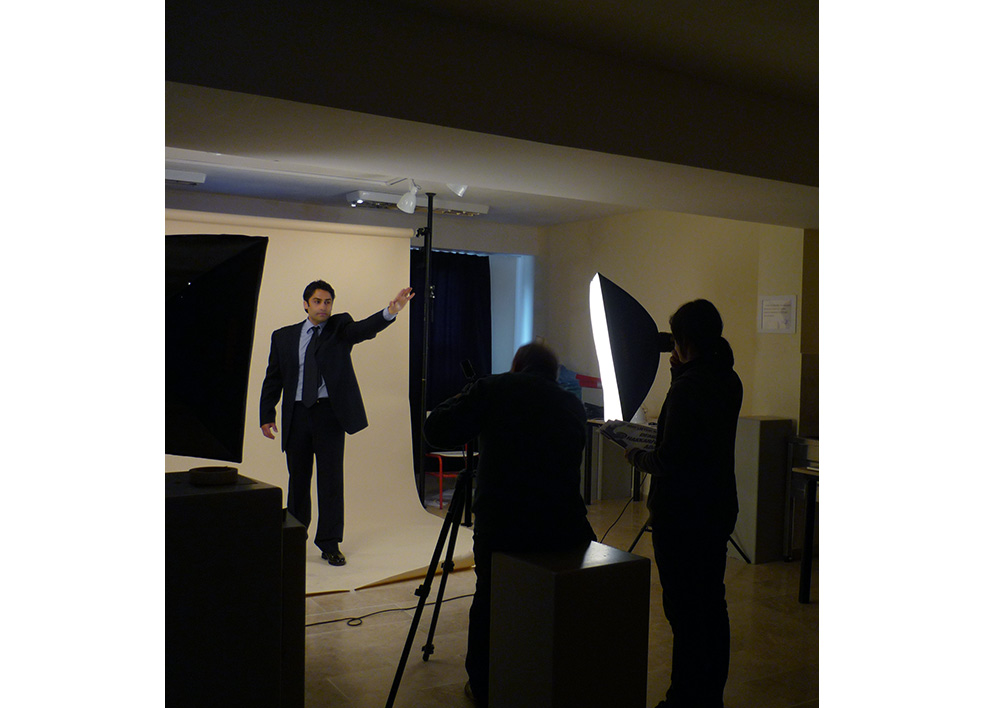 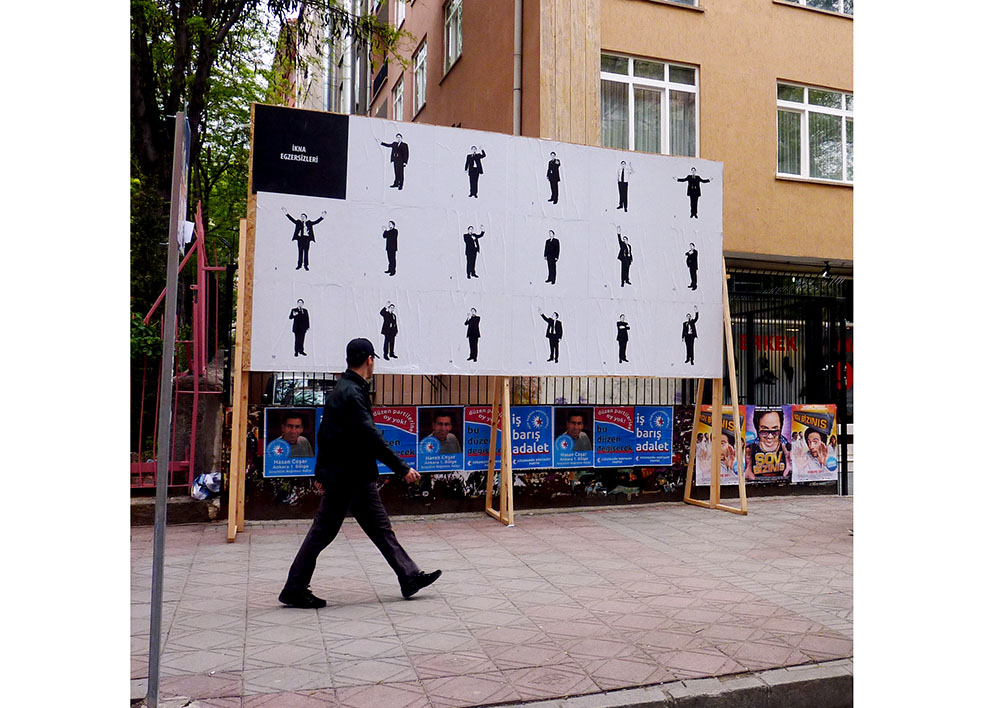